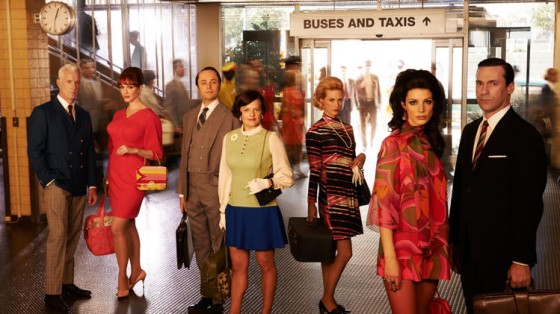 The first half of the final season of Mad Men kicks off this coming Sunday with Don most likely heading to California to head up the firm’s new West Coast offices.  He also turned over a new leaf of honesty, confessing to the reps from Hershey that he grew up in a whore house and kind of showing his kids the house he grew up in.  The rest of the Sterling Cooper & Partners crew is in transition as well as the 60’s wrap up and the 70’s begin.  AMC has three recaps for the upcoming season, one for Don, one for Peggy and one recapping the entire series in 2 minutes.  Check them all out below and catch the start of Season 7 (Part 1) on Sunday at 10 PM EST.

Up to Speed: Mad Men Season 6

Have a Seat: “A Little Kiss”