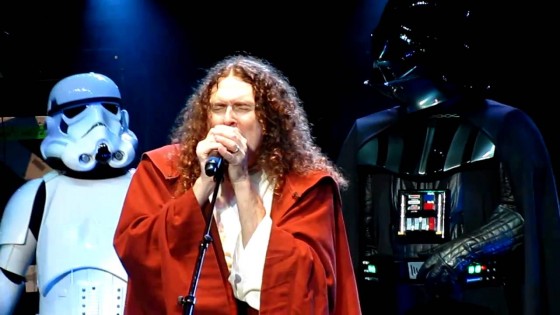 This month for Musical Montage we’re going to be highlighting the man, the myth, the legend, Weird Al Yankovic, who has delivered tons of movie inspired parody songs over the years.  Today, considering it was Star Wars Day yesterday, we’ll be featuring two of his song set in the galaxy far, far away.  The first is The Saga Begins, which is a parody of Don McLean’s “American Pie” and recaps all of The Phantom Menace from the POV of Obi Wan and the other is Yoda, a parody “Lola” by The Kinks.