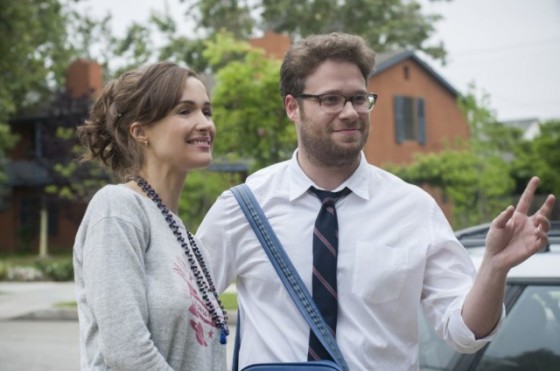 Even though he fights super villains on a regular basis, Spider-Man was no match for the tag team of Zac Effron and Seth Rogen, as Neighbors easily crushed the competition at the box office this weekend.  Having one of the best R rated comedy openings of all time with $51.1 million, better than The Hangover, The Heat and 21 Jump Street’s openings and becoming the best opening for Seth Rogen (in live action).

Spider-Man suffered an almost 60% drop off from last weekend’s debut with $37.2 million.  It’s made over $400 million worldwide but is at $147.9 million domestic and may struggle to cross over the $200 million mark with Godzilla and X-Men hitting soon.

The Other Woman dropped to third with $9.25 milion and it’s made over $61 million total in it’s three weeks out.

Heaven is for Real and Captain America: The Winter Soldier rounded out the top 5.

Mom’s Night Out and Legends of Oz: Dorothy’s Return both bombed, with Mom’s not able to capitalize on the recent string of Christian themed movies and only making $4.2 million while Legends of Oz probably should have just been dumped straight to DVD with only $3.7 million, one of the worst openings ever for a movie in over 2,500 theaters.

Battle at the Box Office 5/5