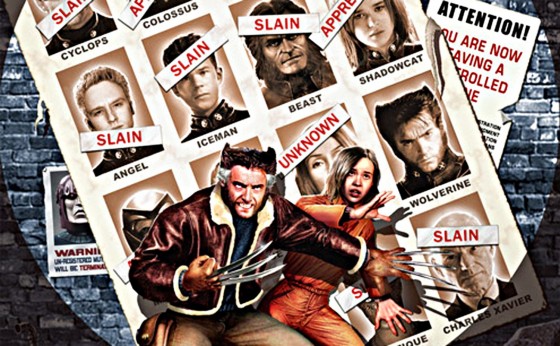 X-Men: Days of Future Past dominated the Memorial Day weekend with $90.7 million, making it the fourth best opening of the year behind Captain America: The Winter Soldier, Godzilla and the Amazing Spider-Man 2.  It opened day and date in countries around the world as well and made a total of $171.1 worldwide.  It’s the second best opening of the X-Men franchise, trailing X-Men: The Last Stand but way up from both X-Men: First Class and The Wolverine.

Godzilla, with the direct competition from X-Men, fell over 60% from last weekend to $31.4 million for this weekend.  It’s a pretty steep drop but the movie should hopefully end up over $200 million total.

Blended was another bomb for Adam Sandler, just barely topping That’s My Boy with $14.2 million and much lower than Jack & Jill.

Neighbors and The Amazing Spider-Man 2 rounded out the top 5.

Jon Favreau’s Chef expanded wide over the weekend and jumped from 15th last weekend to ninth this weekend with $2.3 million.