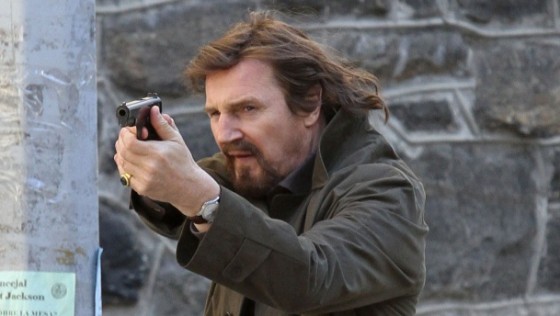 After solving a murder mystery at 30,000 ft in Non-Stop, Liam Neeson is back this fall for another, darker mystery with A Walk Among the Tombstones.  Based on the book by Lawrence Block, Neeson stars as ex-NYPD officer Matt Scudder, who becomes an unlicensed private investigator after a shootout with some criminals goes bad.  Scudder is hired by a man to find out who killed the man’s wife and it puts him in the crosshairs of some dangerous, depraved people.  It looks like typical awesome Neeson, but slightly more toward something like True Detective than Taken.  The Matt Scudder character was actually played previously by Jeff Bridges in the movie Eight Million Ways to Die.  Scott Frank, who directed The Lookout, directs and it’s out in September, check out the trailer below.

Review: A Walk Among the Tombstones