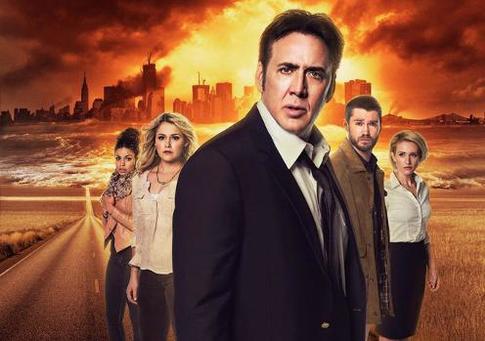 Nicolas Cage is no stranger to the end of the world, having predicted it with math in Knowing and preventing it in the Ghost Rider movies but he’ll face the Biblical version in this fall’s Left Behind.  Based on the book series, which already spawned a Kirk Cameron movie from 2000, Cage is a pilot who is piloting a flight when The Rapture occurs and most of the passengers vanish.  Cage’s wife and daughter are Left Behind as well and all three must band together with other survivors to survive the chaos of the Apocalypse.  Lea Thompson, Chad Michael Murray and Cassi Thomson co-star.  It looks absolutely awful but let’s hope the stress of the Apocalypse lends to some hilariously over the top Cage Rage.  It’s shockingly hitting theaters in October and you can check out the trailer below.

Dying of the Light Trailer