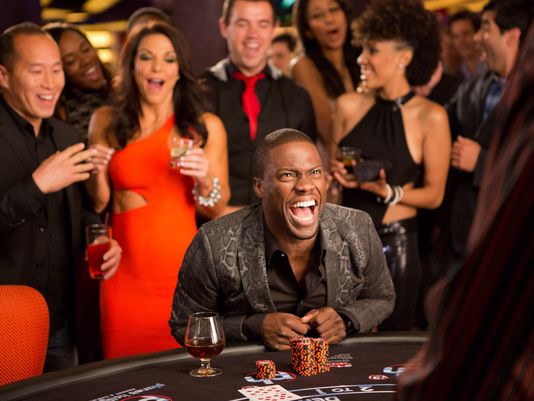 Think Like a Man Too managed to win a pretty slow weekend with $30 million, down slightly from the original Think Like A Man’s opening weekend and in the middle range for recent Kevin Hart movies (it’s way down from Ride Along’s opening but up from About Last Night).

22 Jump St. dropped 49% from last weekend’s opening but made another$29 million, putting it over $111 million for just two weeks out and it may get up to $170+ million for it’s total time at the box office.

How to Train Your Dragon 2 also dropped around half from last weekend, making $23.5 million.  The original movie had an incredibly gradual trail off as word of mouth spread about how great the story and 3D were but this sequel seems like it might fade much quicker.  It might possibly be that kids have been getting their fill of the series from the Cartoon Network show and parents might be slightly less eager to drag kids out to see the movie when they could just fire up and stream the cartoon on Netflix.

Jersey Boys had a pretty weak opening and debuted in fourth place with $13.5 million.  It’s up slightly from other Clint Eastwood directed movies, but that’s not really saying much as none of them set the world on fire, box office wise.  It’s mostly older audience gave it fairly good reviews coming out, so it may be able to maintain itself through word of mouth in the next few weeks and it’s also counter programming to all the big action blockbusters.

Maleficent rounded out the top 5 with another $13 million, putting it over $186 million domestic gross and it could potentially cross over the $200 million mark before it totally leaves theaters.

The Rover, the Guy Pearce/Robert Pattinson post apocalyptic thriller, expanded it’s run to 599 theaters this weekend but had an incredibly weak $500,000 weekend, which is about $835 per theater.

Transformers is set to decmimate the box office this coming weekend but will it be as big as it’s predecessors or are people tired of the Bayformers?

Battle at the Box Office 7/7