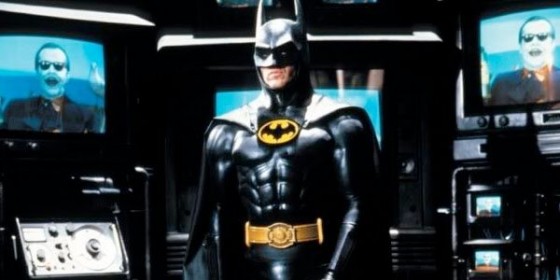 After years of being the butt of jokes thanks to the campy Adam West version of the character, two things turned Batman into gritty and grim Dark Knight we know and love today.  First was The Dark Knight Returns by Frank Miller and second, and the one celebrating 25 years today, is Tim Burton’s original Batman, starring Michael Keaton in the titular role and Jack Nicholson as The Joker.  There’s tons of behind the scenes info and trivia surrounding the movie, the highest grossing movie of 1989,  so let’s dive into it.

Worst…Batman…Ever: If the Internet had existed in 1989  like it does today, Twitter and Facebook would have exploded in angry missives about how terrible Michael Keaton was going to be as Batman.  Some of the names considered before Keaton were Kevin Costner, Mel Gibson, Charlie Sheen, Pierce Brosnan, Tom Selleck and even Bill Murray, but Burton and producer Jon Peters though Keaton had the “edgy, tormented quality” they wanted for both Bruce Wayne and Batman.  Fellow producer Michael Uslan, creator Bob Kane and writer Sam Hamm were also somewhat leery of Keaton’s casting.  WB offices received over 50,000 protest letters from angry Batman fans.  When everyone saw Keaton’s performance though, the controversy quickly faded. 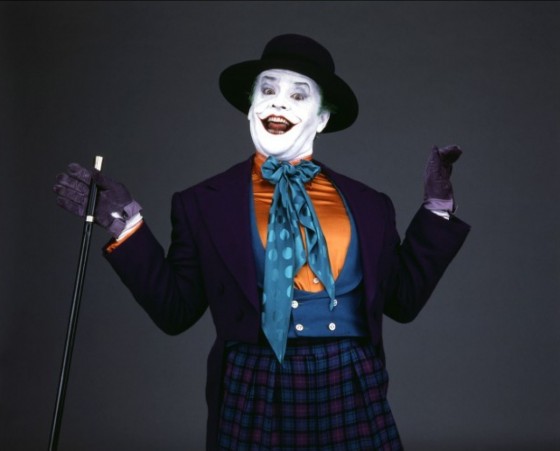 Jack Nicholson was not Burton’s first choice for the Joker: Burton wanted to cast Brad Dourif, the voice of Chucky and also recently Wormtongue in The Lord of the Rings, but the studio refused.  Tim Curry, Willem Defoe, David Bowie, John Lithgow and James Woods were also considered but WB was dead set on Nicholson.  They started negotiations with him in 1980 but nothing was definite.  Possibly as a negotiation tactic, WB offered the role to Robin Williams, who accepted but then WB went back to Nicholson, telling them Williams had the role if he turned it down.  Nicholson came on board, which caused Robin Williams to hold a grudge against WB, refusing to star in any future projects for them until they apologized.

Billy Dee Williams was set to eventually be Two-Face: In Williams’ contract, there was an added clause that he would eventually play Two Face when he signed on to play Harvey Dent.  When Batman Forever arrived, WB bought out his contract because they wanted Tommy Lee Jones for the part.  Don Johnson and Dale Midkiff were considered for the role as well. 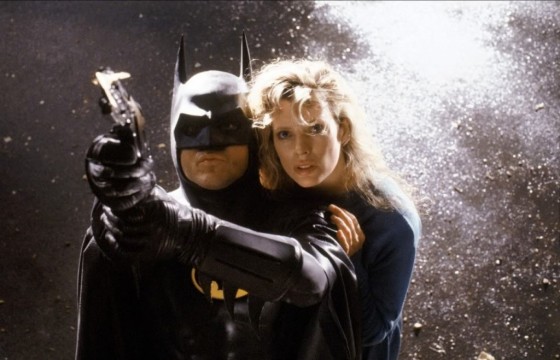 Vicki Vale was a tough role to cast: Originally Sean Young was cast as Vale but she broke her collar bone while filming a horse riding scene with Michael Keaton.  That scene was written out and a new Vicki Vale was needed.  Burton suggested Michelle Pfeiffer but Keaton, who was dating Pfeiffer at the time, thought it would be too awkward and the part eventually went to Kim Bassinger.

The Joker’s origin was controversial for comic fans: Burton changed a number of things about the Joker and Batman’s origins in the film.  The biggest change being that Jack Napier aka The Joker is the one who kills Bruce Wayne’s parents instead of low level criminal Joe Chill.  Fans were also upset that the movie gave Joker a clear identity instead of the ambiguous nature of the character that returned in The Dark Knight.  Jack Napier, or whoever the Joker actually is, falling into a vat of chemicals at Ace Chemicals, however, is widely considered to be the most likely origin of the character. 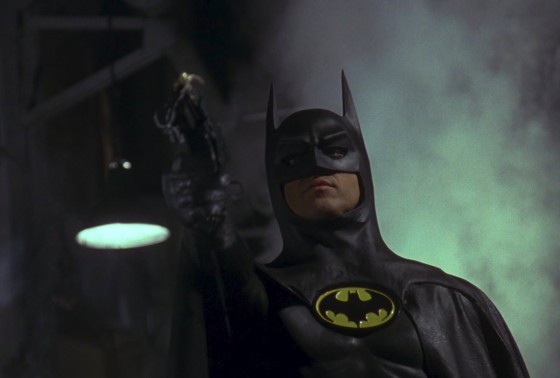 The “wonderful toys” were not the most practical: Michael Keaton could not hear anything while wearing the Batsuit and it didn’t allow him to turn his head.  The Batmobile, built on the chasis of Chevy Impala, was not as maneuverable as later versions, especially the Tumbler, but it could go from 0-60 in 3.7 seconds.  The car was 20 ft long with a 8 ft wheelbase and weighed 1.5 tons.

Dick Grayson/Robin was in the first draft of the film: The Joker was originally going to not only be responsible for Bruce Wayne’s parents deaths, but Dick Graysons’ as well.  In the first draft, the Graysons are performing in the climactic parade when The Joker shoots them and Dick is the only survivor.  He would have appeared in full costume as Robin in the final scene of the movie but the storyline was scrapped and Robin would not appear on film again until Batman Forever.  Keifer Sutherland, fresh off The Lost Boys, would have been most likely cast as Robin. 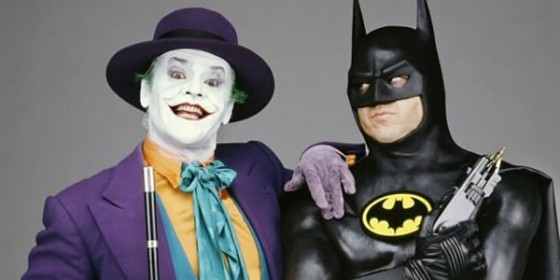 A teaser trailer was hastily put together to try and build hype/stop the controversy:  A 90 second trailer was put together and debuted to an audience in Westwood, CA, unannounced.  The trailer received a standing ovation and quickly became a sought after bootleg for comic fans at conventions.  People even bought tickets for movies showing the teaser, watched it, and then left without seeing whatever movie they had paid for.  Thanks to YouTube, we don’t have to bootleg trailers anymore, check it out below.

Michael Jackson was originally offered the soundtrack: He had to decline it because of concert commitments, so the job went to Prince, who crafted such classics as “The Bat Dance” and “Partyman”