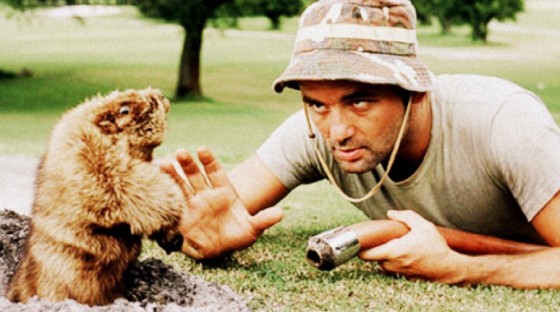 Kenny Loggins is the undisputed master of 80’s soundtrack songs and he contributed one of his best hits to the classic comedy, Caddyshack, with “I’m Alright”.  The song played both at the beginning and the end of the movie and has unofficially become the theme song for the movie’s rascally gopher mascot.  Fellow 80’s icon, Eddie Money, provided backup vocals for the song and it hit #7 on the Billboard charts when it was released at a sequel and is still in constant rotation when Loggins performs live.  Check out the song below.