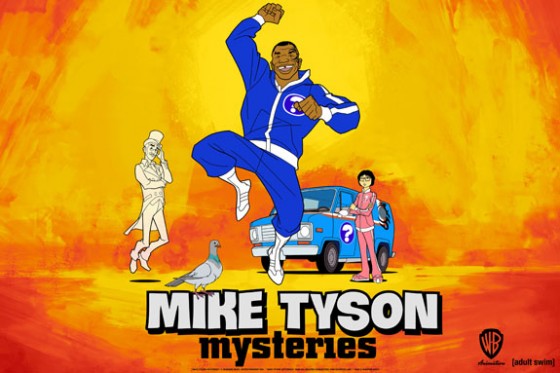 Seemingly inspired by their classic April Fool’s Day pranks of airing nothing but Mr. T and Chuck Norris Karate Commandos, Adult Swim is launching their own celebrity led cartoon with Mike Tyson Mysteries.  Starring the man himself, Mike Tyson leads a team that includes his adopted daughter, Yung Hee (Rachel Ramras), the ghost Marquess of Queensbury (Jim Rash) and Mike’s drunken but loyal pet pigeon, Pigeon (Norm McDonald).  Together they fight super villains, monsters and other threats to the world, which Mike usually stops by punching it.  Based on the trailer alone, this is already my new favorite Adult Swim show and feels right home alongside things like The Venture Bros.  Check out the trailer below and the show starts this fall on Adult Swm.