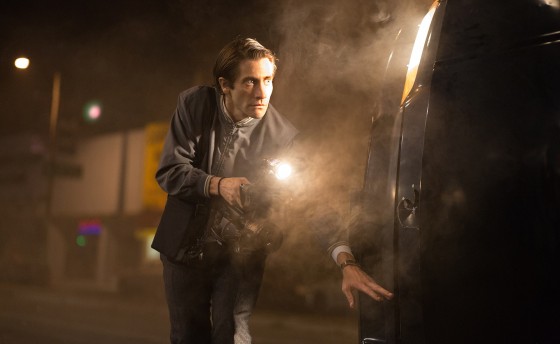 After facing off against an identical version of himself in Enemy earlier this year, Jake Gyllenhaal heads into the seedy world of LA crime journalism in Nightcrawler.  Unfortunately not the teleporting X-Man, Gyllenhaal is Lou Bloom, a possibly unhinged young man who finds there’s potentially big money getting grisly photos and footage of crimes, fires and car accidents for the local news channels but the competition is stiff.  Rene Russo and Bill Paxton co-star and it’s directed by Dan Gilroy, who’s making his directorial debut after co-writing movies like Real Steel, The Bourne Legacy, The Fall and Two for the Money.  It’s out in October and you can check out the trailer below.