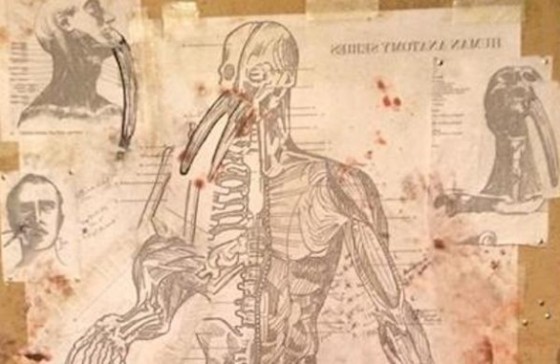 Kevin Smith is back with what looks like his spin on something like Human Centipede with Tusk.  Justin Long plays a popular podcaster who interviews weird and interesting people and gets a letter from a mysterious man in Canada.  He goes to interview him and learns he was shipwrecked but saved by a walrus.  Since that accident, this man (Michael Parks), has become obsessed with the creatures and, after drugging Long’s tea, plans to surgically transform him into one.  Haley Joel Osment co-stars as Long’s podcast co-host and Genesis Rodriguez plays Long’s girlfriend.  It seems like the beginning will have the usual Kevin Smith comic sensibilities before becoming a straight up horror movie.  It’s out this September and you can check out the trailer below.