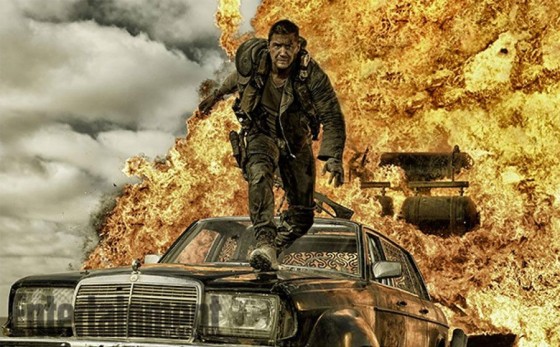 After more than 30 years, Mad Max is coming back to the big screen for more high octane action with Mad Max: Fury Road.  Tom Hardy takes over for Mel Gibson as Max, the former police officer turned hardened survivor in the apocalyptic world of the future, while Charlize Theron co-stars as Furiosa, a leader of a gang of marauders.  Series creator George Miller, after going in the complete opposite direction and making the Happy Feet movie, is back to direct and it looks insane.  There were apparently hundreds of cars used for the stunts and it looks like it’s going to keep the action the series is known for, especially The Road Warrior.  Its out next summer and you can check out the trailer below (that is apparently a more trimmed down version of what was shown at Comic Con).