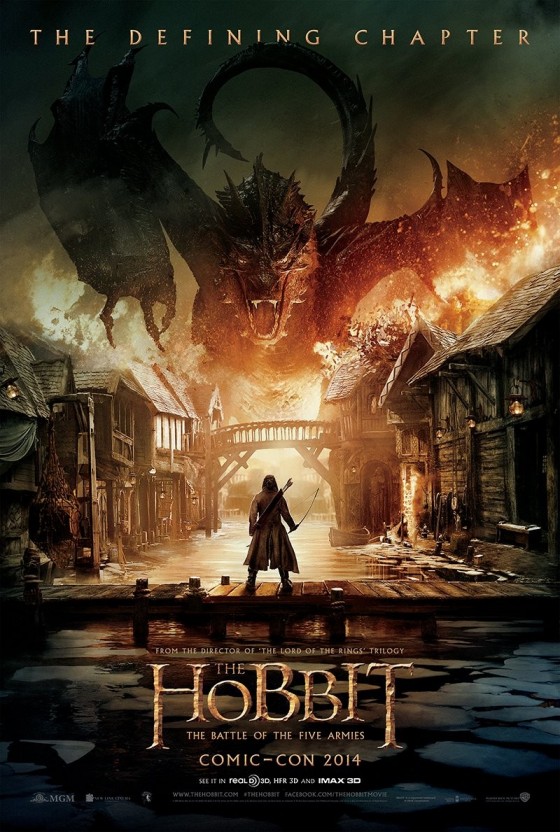 The final chapter of Peter Jackson’s Hobbit trilogy arrives this December as Bilbo, Gandalf and the Dwarves must battle both the deadly dragon, Smaug, now unleashed on Middle Earth, and the ever growing Orc army, led by the mysterious Necromancer.  While Smaug unleashes his fury on Lake-Town, Thorin Oakenshield starts letting his newly reclaimed power go to his head and vows to wage war on anyone who wants to claim the treasures of Erebor, whether they are elves, dwarves or men.  If you’ve seen the previous two movies, this looks on par although with two climactic battles, the stakes are definitely raised in this one.  It will be out on December 17th and you can check out the trailer below.