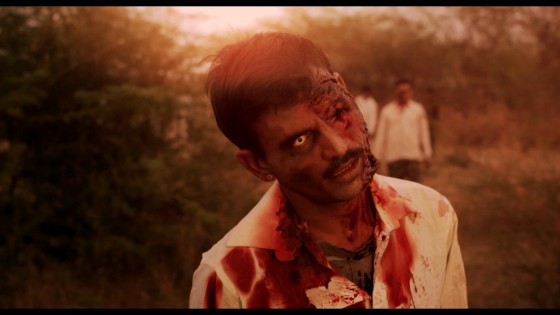 The infection that started in Africa in The Dead makes it’s way to India for The Ford Brothers’ follow-up, The Dead 2.  Following an American turbine engineer working in Mumbai, he’s separated from his pregnant girlfriend by the growing zombie horde and must fight his way through to try and rescue her and get them both out of the country.  The first movie did a great job of highlighting how the landscapes of Africa would pose unique challenges in a zombie outbreak and it looks like this one will do the same with India, which, with over a billion people jammed together in a few cities would be an absolute nightmare if most of them turned.  The movie is out on DVD and Blu-Ray September 16th and you can check out the red band trailer below.