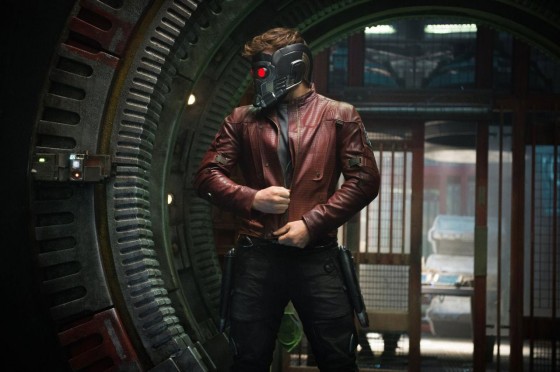 Marvel gambled and won big yet again this past weekend as Guardians of the Galaxy decimated all expectations and had a $94+ million opening, right on par with Captain America: The Winter Soldier in April and the third highest opening of 2014.  It was also the highest August opening in history by almost $30 million, the last title holder being The Bourne Legacy with $69.3 million.   It seems like Rocket, Groot, Star Lord, Gamora and Drax are going to be become household names alongside Cap, Hulk, Iron Man and Thor.

Despite starring an Avenger, Lucy dropped to second with another $18.3 million, an almost 60% drop from last week’s winning opening.  It’s made almost $80 million in it’s two weeks out.

Get On Up, the James Brown bio-pic, had an OK third place opening of $14.5 milion, especially compared to the Guardians juggernaut.  It tried to counter-program to a slightly older crowd and they usually come slow but steady to movies.  It’s a little bit above Jersey Boys from a few weeks ago but slightly off from both star Chadwick Boseman’s other bio-pic, 42 and director Tate Taylor’s last movie, The Help.

Hercules and Dawn of the Planet of the Apes rounded out the top 5.

Thanks to , targeting China, Transformers: Age of Extinction crossed over $1 billion worldwide over the weekend and it’s now the 18th highest grossing movie of all time, behind The Hobbit: An Unexpected Journey.

EA Reviewcast: Guardians of the Galaxy

Admit One 8/1
$1 billion Battle at the Box Office dawn of the planet of the apes drax gamora get on up groot guardians of the galaxy hercules james brown lucy Marvel record breaking rocket star lord transformers: age of extinction weekend box office totals