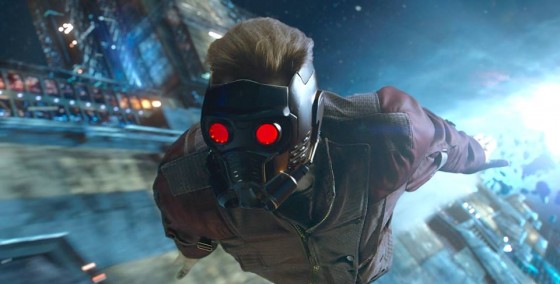 After two weeks of Turtle Power, the Guardians of the Galaxy not only reclaimed the top spot at the box office this weekend but cemented their claim to the highest grossing domestic movie of the summer with over $251 million and could cross over $300 million by the end of it’s theatrical run.  It should pass Captain America: The Winter Soldier to become the highest grossing movie of the year by this weekend.

Turtles dropped to second with $16.7 million, putting it just over $145 million total.

The best performing of the new releases was If I Stay, which pulled in $15.7 million from it’s teen girl audience, nowhere near the opening for The Fault in Our Stars earlier this summer but a decent opening in the genre.  Going off the theater I work at on weekends and the numbers, it was heavily, heavily front loaded on Friday before dropping almost 50% for Saturday.  It will probably nosedive even more this coming weekend.

Let’s Be Cops took fourth with another $10.8 million, making it kind of a sleeper comedy hit with $45.1 million for it’s total gross so far.

When the Game Stands Tall rounded out the top 5 with $8.4 million, down from the other Christian themed movies released earlier this year like God’s Not Dead and Heaven is For Real and also down from sports movies released this year, like Million Dollar Arm and Draft Day.

The biggest story this weekend at the box office though was the complete and utter failure of Sin City: A Dame to Kill For.  Not even beating The Giver or Expendables 3 in their second weekends, Sin City gasped across the finish line with only $6.32 million, the third worst opening ever for Robert Rodriguez and down 78% from Sin City’s opening in 2005.  It’s not clear what the budget for Sin City 2 was but, even by the cost effective standards of Robert Rodriguez, it will be shocking if it breaks even.

Battle at the Box Office 9/8

Battle at the Box Office 9/1

August Movie Preview
Battle at the Box Office guardians of the galaxy if i stay let's be cops sin city: a dame to kill for tmnt weekend box office totals when the game stands tall