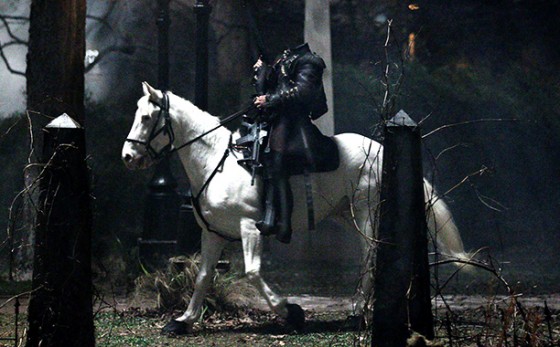 One of the craziest and funnest new shows of last season was Sleepy Hollow, which found Ichabod Crane (Tom Mison), a secret agent for George Washington who is killed while battling a Hessian who becomes the Headless Horseman (and also the Apocalyptic Horseman of Death).  Crane awakens in present times, thanks to a spell cast by his wife, who’s also a witch, Katrina (Katia Winter) and he teams with a local detective, Abbie Mills (Nicole Beharie), to battle the demonic hordes of the apocalypse.  The things that happen in the first season are batshit insane in the best way possible and it’s kind of hard to explain the first season in 6 minutes, but if anyone can, it’s Ichabod Crane himself in this official recap from Fox.  The second season of Sleepy Hollow debuts Monday at 9 PM after the premiere of Gotham.