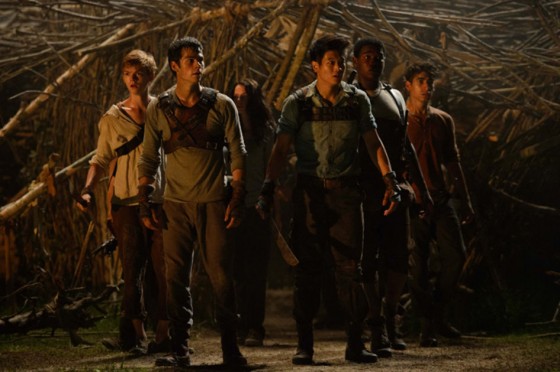 Unlike the countless other would be franchises that have come out in the wake of Twilight/Hunger Games, The Maze Runner opened to a strong $32.5 million this past weekend, one of the best openings for September ever.  It’s obviously nowhere near the Hunger Games movies, or even Divergent, in terms of opening weekend but it did beat recent attempts to capitalize on them like Ender’s Game and Percy Jackson.  Fox has already announced the sequel, so The Maze Runner trilogy seems like it will actually get made.

A Walk Among the Tombstones took second with $13.1 million, a bit on the low side for recent Liam Neeson movies.  The Grey made over $20 million it’s first weekend and this year’s Non-Stop made almost $30 but they also had concepts like, “Liam Neeson punches wolves” to draw people in.

The weekend’s third new movie, This is Where I Leave You, took third with $11.9 million, a bit low considering the ridiculous cast that was assembled.  It got pretty mixed reviews, but it also seems like it skews a little older, so it might be able to maintain.

No Good Deed dropped from first to fourth this weekend with $10.8 million, putting it just over $40 million for it’s two weeks out.

Dolphin Tale 2 rounded out the top 5 with another $9 million and it’s $10 million off where Dolphin Tale was at at the same point in it’s run.

Kevin Smith’s Tusk got off to an extremely rough start in the 602 theaters it was playing at this weekend.  It made $866,000, which considering the concept and name behind it is pretty bad.  It’s most likely going to do much better on VOD and DVD, where there’s slightly more interest in body horror/comedy.