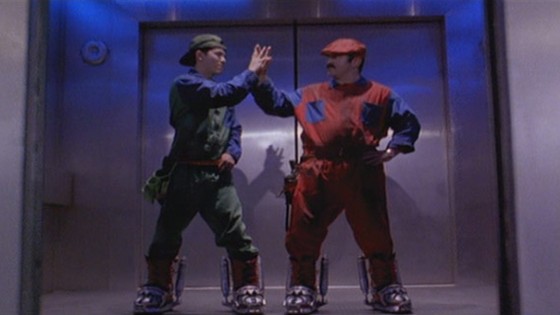 Super Mario Bros has some of the most instantly recognizable and iconic music in history but you won’t hear a note of it in the Super Mario Bros movie.  Instead, there’s the standard weird 90’s pop soundtrack album that includes such acts as Marky Mark and the Funky Bunch, Roxette, George Clinton, Extreme, Megadeth and more.  The two main tracks are Roxette’s “Almost Unreal”, which was originally written for the cult Halloween classic, Hocus Pocus, and George Clinton’s cover of “Walk the Dinosaur”, originally by Was (Not Was).  Check out a bunch of the tracks below and try to figure out how they relate to the story of two plumbers fighting a dinosaur to rescue a princess.

“Walk the Dinosaur” by George Clinton & The Goombas

“I Want You” by Marky Mark and the Funky Bunch

“Where Are You Going?” by Extreme

“Tie Your Mother Down” by Queen