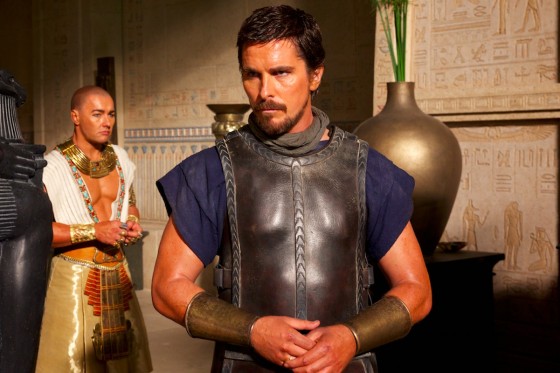 Ridley Scott is bringing his trademark epic scale to the story of Moses and Ramses this December with Exodus: Gods and Kings.  Christian Bale stars as Moses, who is raised alongside the future Pharoah, Ramses (Joel Edgerton) but once they become men, Moses becomes the leader of the Israelites and demands they be released from slavery, which Ramses denies.  Seemingly divine wrath strikes Egypt, including plagues of locusts and rivers of blood and things culminate, at least they seem to in this movie, with a massive battle.  It definitely looks like Scott is in Kingdom of Heaven/Gladiator mode, although hopefully it’s not like the former and requires a director’s cut later to make it an actual good movie.  Susan Sarandon and Ben Kingsley co-star and the movie is out December 12th.  Check out the new trailer below