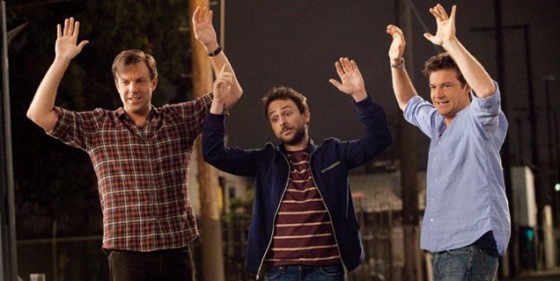 It turns out being their own bosses is just as bad as working for Horrible Bosses for the trio of Nick, Dale and Kurt (Jason Bateman, Charlie Day, Jason Sudeikis) as they invent a new device for bathrooms that catches the eye of a wealthy investor (Christoph Waltz), who then turns around and steals their idea, pretty much costing them their business.  To get revenge, the guys decide to kidnap the investor’s son (Chris Pine) to recoup their losses but the son turns out to be completely crazy and hi-jinks ensue.  Kevin Spacey, Jennifer Anniston and Jamie Foxx all return from the first film, with Foxx seemingly having a bit more active role in the criminal activity.  Sean Anders of Sex Drive and That’s My Boy is taking over directing from Seth Gordon.  It’s out on November 26th and you can check out the new trailer below.