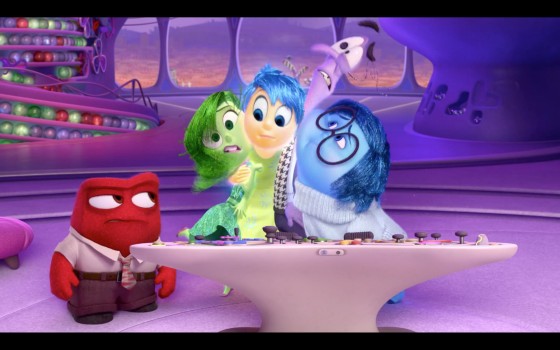 If you felt like there was a void this Summer as far as animated movies go, it’s because there was no Pixar movie but they’ll be back next Summer with Inside Out.  The movie follows the personification of the emotions of 11 year old Riley, including Joy (Amy Poehler), Fear (Bill Hader), Anger (Lewis Black), Disgust (Mindy Kaling) and Sadness (Phyllis Smith) and how the manage things in Riley’s brain.  It’s very reminiscent of the old school Epcot ride, Body Wars but we’ve also seen kind of similar concepts in movies like Osmosis Jones and Meet Dave, but I’m guessing this will be slightly better than either of those movies.  There’s not too much to see in this trailer, especially because the first minute or so is a look back at Pixar’s past but I’m excited for whatever Pixar does next and the concept and cast seem like it will be super fun.  It’s out on June 19th next year and you can check out the trailer below.

Pennywise is Ready for Round 2 in IT: Chapter Two (Trailer)