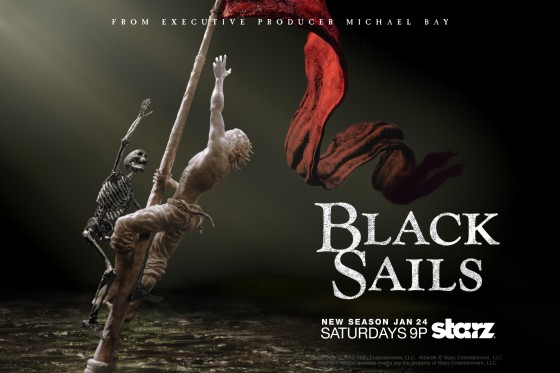 Starz’s Treasure Island prequel, Black Sails, will be back for a second season early next year (and a third season soon afterwards).  Following Captain Flint (Toby Stephens) and the crew of the Walrus, the pirates spent most of the first season scheming and back stabbing in pursuit of the Urca de Lima, a massive Spanish treasure galleon.  *Spoilers for Season 1* At the end of Season 1, the Walrus crew were shipwrecked but, coincidentally, found themselves on the same island the Urca has run aground.  Meanwhile, in the pirate haven of Nassau, Eleanor Guthrie (Hannah New) is trying to keep the island from any outside rule but things are quickly getting out of control.  The new season begins on January 24th, 2015 and you can check out the season 2 trailer that debuted at NYCC below.