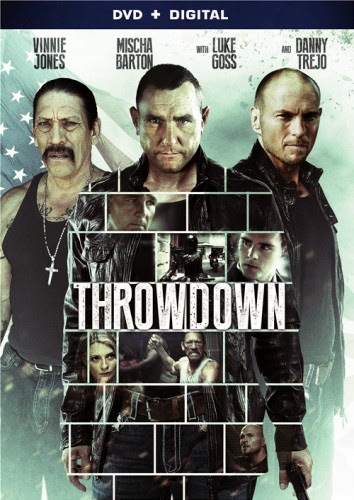 Vinnie Jones, Danny Trejo and Luke Goss star in the thriller Throwdown, which is actually out right now (October 14th) on DVD and On Demand.  The official plot synopsis is below:

A young criminal defense attorney struggles with a homicide case that is not as cut-and-dried as it appears once the mob gets involved, and he quickly realizes that to keep himself and his client alive, he must work outside of the law.

Mischa Barton and Timothy Woodward Jr. co-star (with Woodward Jr also directing).  It seems like Jones and Trejo are in their usual roles of dueling crime kingpins while Goss seems to be a corrupt cop and they are all seemingly after Woodward Jr, who is the defense attorney on major case.  Check out the trailer below and then, as mentioned, you can check it out immediately On Demand or on video.

The Book of Life Trailer