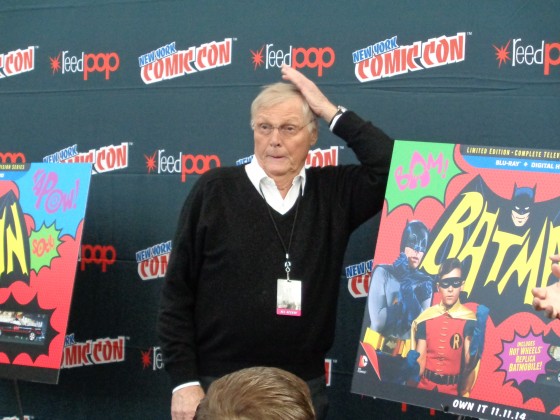 One of the first things the Everything Action crew did was also one of the coolest, hanging out with the man, the myth, the legend: Adam West.  Promoting the massive upcoming Batman 66 Blu Ray complete series, Adam took questions from the assembled fans and press about the show, including what guest star were his favorite, who he would have liked to have appeared on the show but didn’t and, of course, his favorite Catwoman.  The setup of the press conference was a little strange, as Adam stood in the front for the most of the time and there was not table, so we had to hold our recorder in Adam’s general direction, so apologizies if the sound quality is a little off for this one.