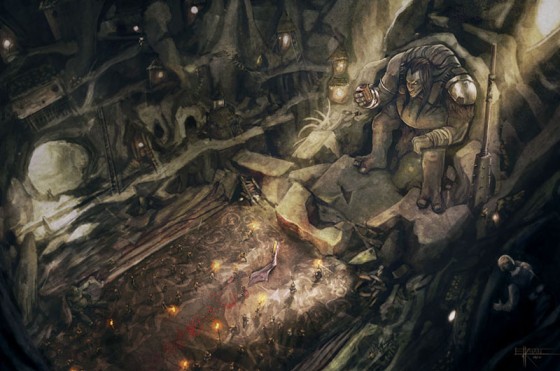 One of the most used pieces in pop culture is Edvard Grieg’s “In the Hall of the Mountain King”.  The piece is originally part of a play by Henrik Ibsen called Peer Gynt and it’s from a scene where the title characters enters the dream like world of the trolls and finds himself in the throne room of the troll king.  In more modern context, it’s appeared in movies like M, Soylent Green, The Social Network and Hanna and in trailers like Beetlejuice, Funny Games, Rat Race and Dead Snow.  If for some reason you have never heard the song before, please stop what you are doing and listen to it below.