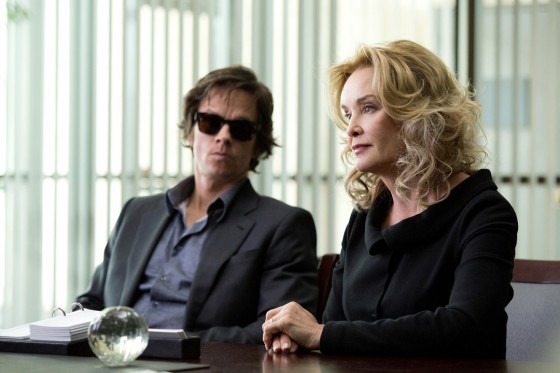 Mark Wahlberg is possibly in over his head next year with The Gambler, a remake of the 70’s movie of the same name.  Wahlberg is English professor Jim Bennett, who moonlights as a high stakes gambler who has debt to the mob, a crazy mother and a loan shark extremely interested in for possibly nefarious reasons.  Jessica Lange, Brie Larson, John Goodman and Michael K. Williams and it’s directed by Rupert Wyatt, who directed Rise of the Planet of the Apes.  It looks like it could be a fun R rated thriller and it’s out in limited theaters on December 19, 2014 before expanding wide on January 1, 2015.  Check out the trailer below.