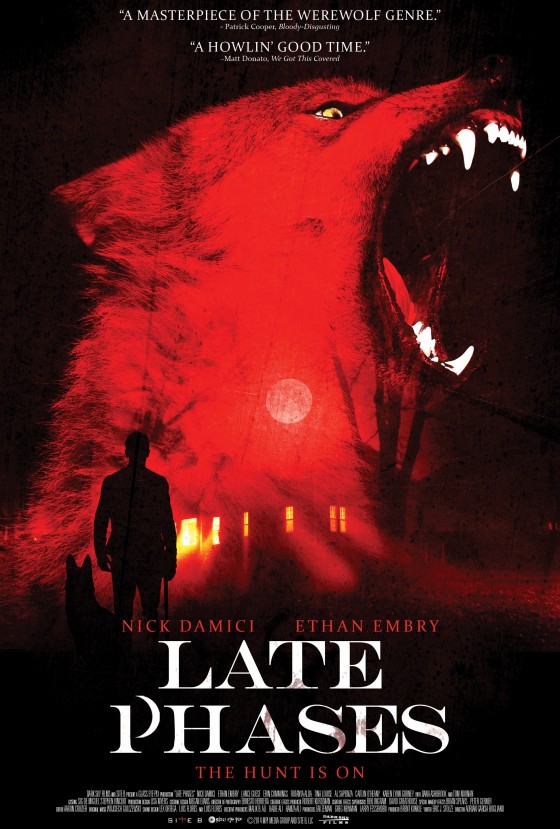 Seemingly crossing a revenge thriller with werewolves is the upcoming Late Phases.  Starring Nick Damici, previously seen dealing with vampires in Stake Land, as blind war veteran Ambrose McKinley, who is forced into the seemingly peaceful community of Crescent Bay.   First his neighbor and then his seeing eye dog are killed and, when the police seem unwilling to help, McKinley decides to take matters into his own hands and gears up to fight the creature.  Eric Stolze, who directed Here Comes the Devil and The ABCs of Death segement B is for Bigfoot directs and Ethan Embry, Lance Guest, Erin Cummings and Tom Noonan co-star.  The movie is in select theaters on November 21st and you can check out the trailer below.