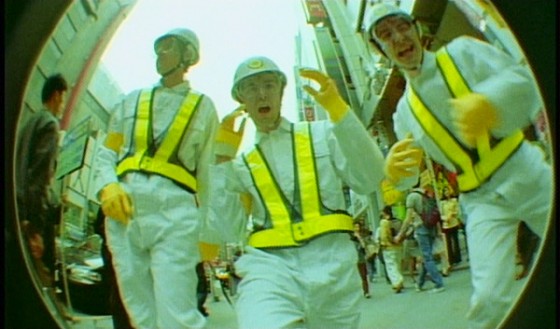 Interstellar is out this weekend but chances are it won’t be as funky fresh as the similarly titled Beastie Boys song, Intergalactic.  Coming off 1998’s Hello Nasty album and hitting #28 on the Billboard Hot 100, the video for the song finds the Boys in Japan and is a parody of terrible Kaiju movies and possibly also Power Rangers as they arrive in a giant robot from space and, while they rap around various spots in Japan, the robot fights a giant squid headed monster.  It’s not quite the full on homage that Sabotage was but it’s still another great video that you can check out below.