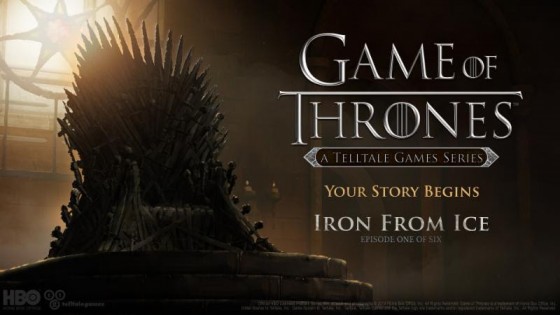 Telltale Games, after tackling properties like Walking Dead, Sam & Max, Jurassic Park, Fables and Back to the Future, are heading to Westeros with a six episode game series based on Game of Thrones.  Set between the third and fourth season, you’ll take control of House Forrester, a noble family from the North loyal to the Starks.  Unlike the other Telltale Games so far, you’ll actually control five different members of the Forrester family in various locations like The Wall, King’s Landing and the family home of Ironrath and your choice and interactions will ripple across the land, so if you piss off another family with one character, it will effect your choices and interactions with that family for everyone else.  You’ll interact with characters like Cersei, Tyrion, Margery Tyrell and Ramsay Snow, all voiced by the cast of the show.  The first episode “Iron from Ice” will be out soon for PS4, PS3, Xbox One, Xbox 360, PC and iOS and you can check out the trailer below.