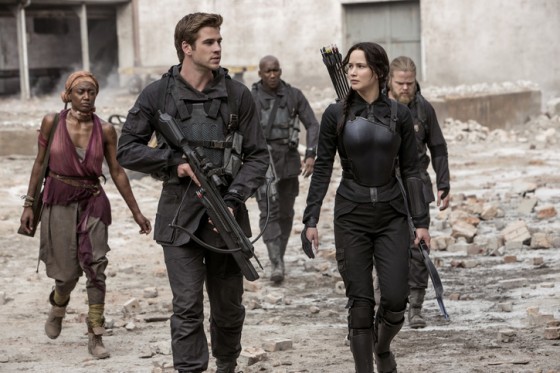 With no new releases, at least widely released, Mockingjay Part 1 remained at the the top of the charts for another week, adding another $21.6 million to it’s total, bringing it up to just over $257 million for it’s three weeks out.

Penguins remained in second with $11.1 million, just barely beating Rise of the Guardians at the same point during it’s release.  It will probably be under $100 million for it’s total run at the theaters.

Horrible Bosses 2 had a slightly strange surge over the weekend, going from fifth in it’s opening last weekend to third this weekend, taking in $8.6 million and bringing it’s total to just over $36 million.

Big Hero 6 and Interstellar rounded out the top 5.

The Theory of Everything added a few more theaters and stayed in seventh with another $2.7 million.

The Pyramid, which was the only new movie but only debuted in just 589 theaters, made $1.4 million, which is pretty terrible but if it had been in more theaters, it probably would have been an even bigger bomb, so probably a pretty smart choice to release it in only a few theaters.