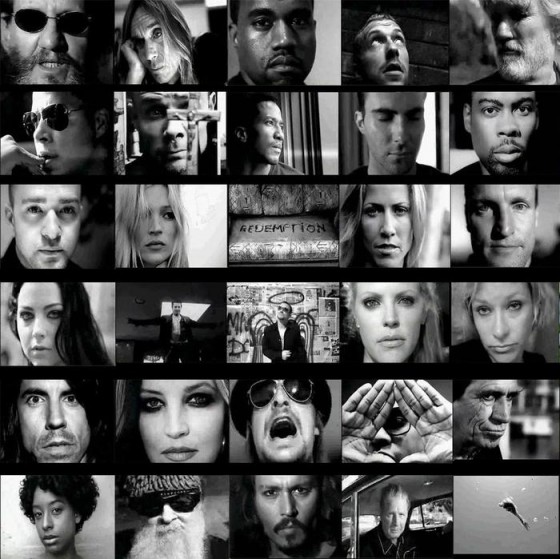 For the music video for Johnny Cash’s version of God’s Gonna Cut You Down, a murderer’s row of musicians and celebrities was assembled to lip sync or engage in bizarre, pseudo-religious activities.  Some of the people featured are Chris Rock, Johnny Depp, Kid Rock, Keith Richards, Bono, Woody Harrelson, Sharon Stone, Iggy Pop, Anthony Keidis and Tommy Lee.  The video won the 2008 Grammy for Best Short Form Music Video as well.  The song has also been featured in trailers for movies like True Grit and games like Splinter Cell: Conviction.  Check out the music video by Tony Kaye below.