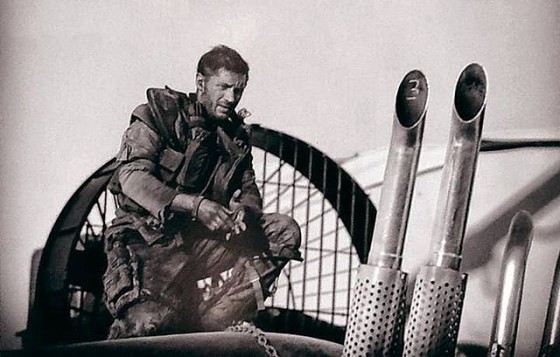 One of the movies that garnered massive buzz coming out San Diego Comic Con this past summer was the reboot/sequel to Mad Max, Mad Max: Fury Road, since director George Miller showed off an insane looking sizzle reel of the movie during his panel.  Now a new trailer is out and it still looks batshit insane in the best way possible.  Tom Hardy takes over the role of Max from Mel Gibson and is still trying to survive in the post-apocalyptic wasteland of the original trilogy, where gasoline is one of the most precious commodities and most everyone has devolved into crazed bands of murderers.  The movie looks absolutely stunning visually, with a set piece that seems to take place in sand/lightning storm and most of the car action is old school, practical smashing and crashing.  The movie is out on May 15, 2015 and you can check out the trailer below.