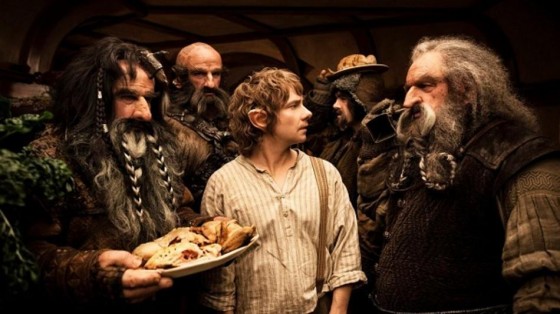 The Lord of the Rings trilogy had an incredible score by Howard Shore, with some backup by Enya but The Hobbit trilogy decided that wasn’t enough and has commissioned a credits song for each of the films.  For An Unexpected Journey, Crowded House frontman Neil Finn put a new spin on the dwarf’s “Song of the Lonely Mountain”.  Ed Sheerhan contributed “I See Fire” for Desolation of Smaug and Pippin himself, Billy Boyd, delivered what may be the final thing fans hear from Middle Earth, “The Last Goodbye” for this week’s Battle of Five Armies.  Check out all three songs below.

The Hobbit: The Desolation of Smaug Trailer #2