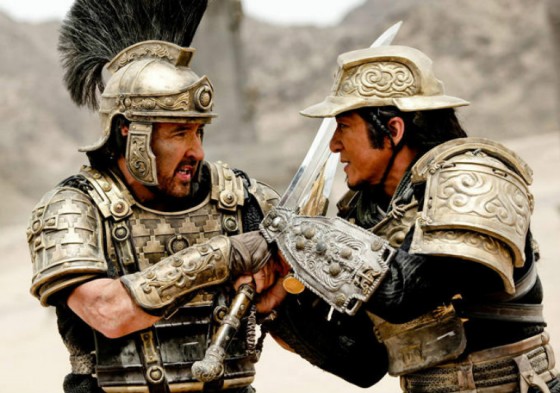 Although they apparently have an insatiable appetite for giant robots, as far as homegrown Chinese movies go, one of the biggest is going to be Dragon Blade, with one of the biggest budgets ever for a Chinese film, a pair of Hollywood stars and national treasure, Jackie Chan.  Chan stars as Huo An, a Chinese general who joins forces with John Cusack’s Lucius, who defects from Rome with his men but his now hunted by the Emperor Tiberius (Adrian Brody) who wants control of the Silk Road.  It’s apparently based on true events but it’s definitely much more fantastical.  It’s hitting Chinese theaters in February but there’s no word on whether it will hit the US but with John Cusack, Adrian Brody and Jackie Chan, it has to get here at some point.  Check out the trailer below.

John Woo Returns to His Action Roots with Manhunt (Trailer)