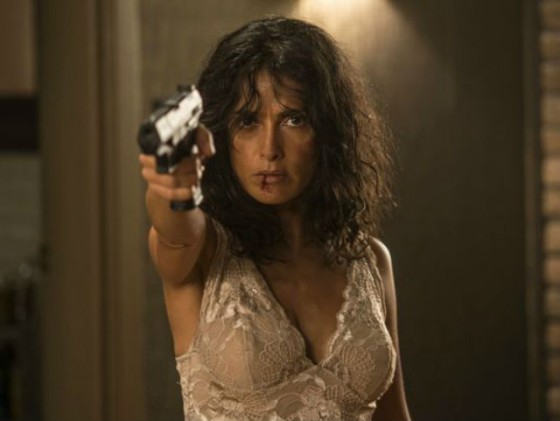 Salma Hayek has been a supporting character in action movies like Desperado and Wild Wild West but she takes center stage in the upcoming action movie, Everly.  Starring as the title character, who has seemingly run afoul of the Yakuza, she has to fight off increasingly more heavily armed waves of assassins while trying to get a stash of money to her mother in case something happens.  It’s directed by Joe Lynch, who directed Knights of Badassdom and a segment of the anthology movie Chillerama and it’s out in January, check out the trailer below.

Enter the Animus for the Assassin’s Creed Movie (Trailer)