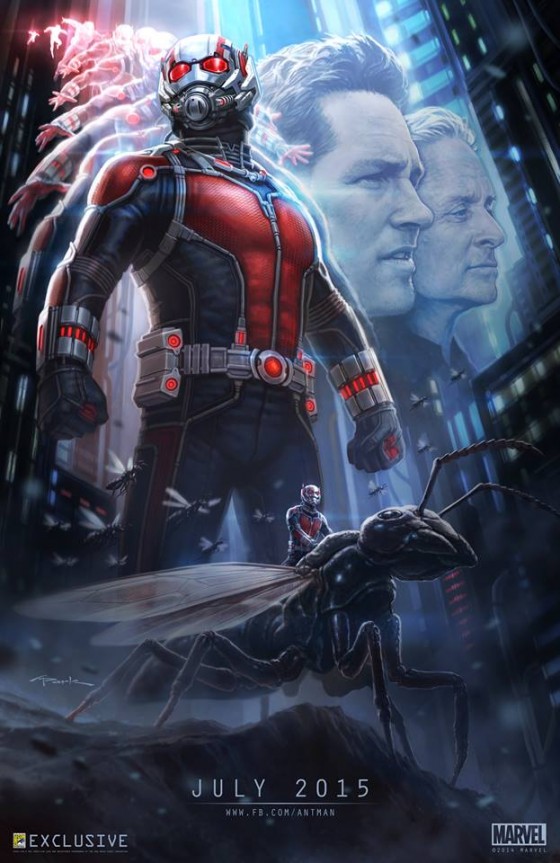 After much backstage drama, we finally have our first look at this year’s other Marvel movie, Ant-Man.  Peyton Reed, of Yes Man and The Break Up fame, took over after some disagreements caused Edgar Wright to leave and there was some slight casting shuffling as well but now we can finally get a sense of what the movie is actually going to be.  Paul Rudd stars as Scott Lang, who is recruited by original Ant-Man Hank Pym (Michael Douglas) to don the suit and help stop Darren Cross (Corey Stoll), who has taken over Pym’s company and may have nefarious plans for Pym’s ground breaking size manipulation technology.  Evangeline Lily co-stars as Hope Van Dyne, the daughter of Pym and Janet Van Dyne aka The Wasp.  The trailer is a little more serious than I was expecting, especially with Paul Rudd in the lead but it seems like it will be cool, there’s lots of bug riding featured and hopefully we’ll get some fun sequences with Scott shrinking.  It’s out on July 17th and you can see the trailer below.