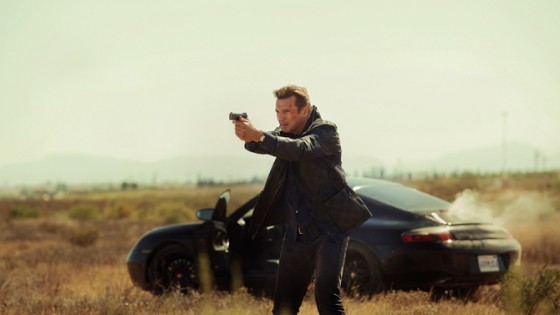 The first new movie to take the top spot at the box office this year also had the second highest January opening of all time, Taken 3.  Liam Neeson’s final foray as CIA agent Bryan Mills took in $40 million, not enough to top Taken 2’s $49 million, although that had slightly more good will going in.  It’s Neeson’s ninth highest opening of all time, behind Batman Begins.

Selma was a distant second with $11 million after it’s nationwide expansion, slightly disappointing considering it’s overwhelmingly positive reviews and audience reaction.  It’s nowhere near The Butler’s opening, which was more than double with $24.6 million and is more in line with other, under-performing bio-pics like J.Edgar and W.  Oscar nominations come out this week and if it gets a few, it should get a bump and the audience is older and they usually come slow and steady.

Into the Woods dropped to third with $9.8 million, putting it over $105 million for it’s three weeks out.

After three weeks on top, The Hobbit: Battle of the Five Armies lost almost 475 theaters and dropped to fourth place with another $$9.4 million.  It’s made over $236 million and should pass Desolation of Smaug and become the second best performing entry in the trilogy.

Unbroken rounded out the top 5 with another $8.4 million.

The Imitation Game expanded wide and took in $7.6 million and it’s doing better than the similar King’s Speech was doing when it was in theaters and there will probably be some Oscar noms that will give it a boost.

The other movie that expanded wide this weekend, Inherent Vice, was pretty disappointing, not even making it into the top ten.  It came in eleventh with $2.9 million and probably won’t come close to The Master, which had made $4.4 million at the same point in it’s release.  Discounting Hard Eight, which was only in 29 theaters, Inherent Vice might be Paul Thomas Anderson’s lowest earning film.

Battle at the Box Office 1/5