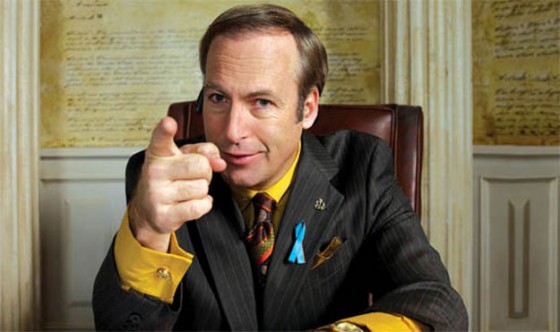 In a little under a month, Saul Goodman (Bob Odenkirk) returns in Better Call Saul, a spin-off prequel from Breaking Bad.  Set before Saul got tangled up in the meth web of Walt and Jesse, Saul, going by the name Jimmy McGill, is a low level attorney doing terrible public defending work for the city of Albuquerque but looking for a way to get rich quick.  His brother, Chuck, has partnership in a prestigious law firm but is also battling a medical condition and Jimmy sees an opportunity to play both sides.  Jonathan Banks returns as “fixer” Mike Ehrmantraut but Walt or Jesse won’t be showing up in the first season.  The show has a two night debut, the first episode airs February 8th and the second is on February 9th, both nights at 10 PM on AMC.  Check out the trailer below.