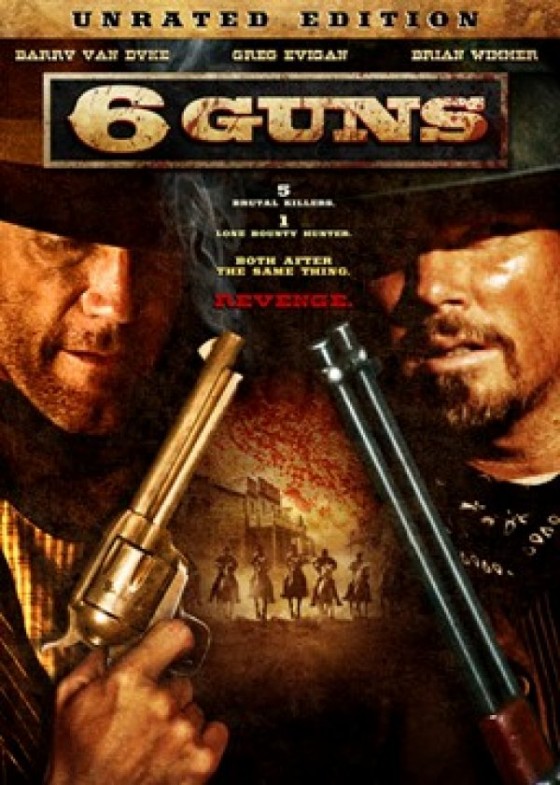 In what I believe is their one and only foray into Westerns, The Asylum tried to capitalize on the release of Jonah Hex in 2010 by releasing 6 Guns.

No B or C list celebrities wanted to gunsling?: Apparently not but the weird thing about this cast is that they all feel vaguely familiar, even though you’ve never heard of any of them.  They all kind of look like someone, like our heroine Selina kind of looks like Christy Carlson Romano, of Even Stevens and Kim Possible fame, and the main villain, Lee Horn, has kind of an Adam Baldwin thing going on.  Frank Allison, the heroic bounty hunter, feels sort of David Carradine-esque.

The plot seems like a generic western: Pretty much, Selina’s husband is a former sheriff, Lee Horn comes looking for revenge since Will Stevens killed his pa and murders Will and his sons, rapes Selina and leaves her for dead.  She understandably doesn’t take that very well and becomes a drunken mess but when bounty hunter Frank arrives in town on the trail of Lee and his gang, Selina asks him to train her to shoot. 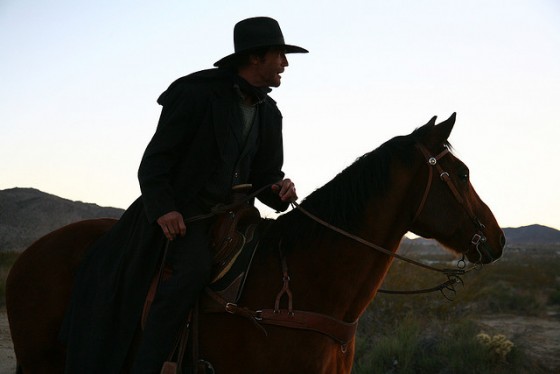 So there’s lots of gunfights then right?:  Not at all, the whole middle of this movie feels like a weird romance novel where the wounded widow and the grizzled bounty hunter learn to live again, or something.  There’s only like two shootout and only 1 involving our main heroes, which is the big climactic showdown.

So why is this movie called 6 Guns then?:  According to the DVD, it’s simply because there’s five members of Lee Horn’s gang plus Selina, but that doesn’t even make sense because what about Frank? 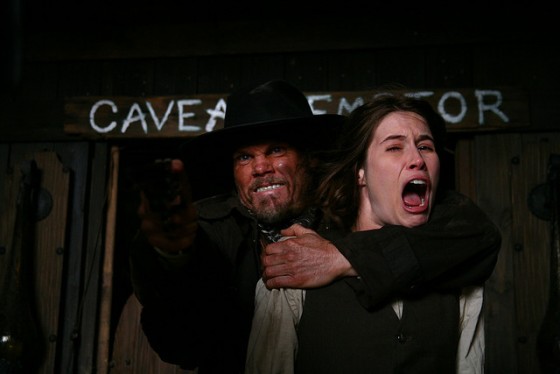 Is the last shootout at last cool?:  No, haven’t you learned anything from all these Asylum movies?  All of the gunfights in this movie are incredibly lame and surprisingly bloodless, people just kind of grunt and fall out frame.  It reminds me a lot of that old light gun game, Mad Dog Mcree:

It’s kind of interesting that they have a female protagonist at least:  Yeah, that’s kind of unique but Selina is such a whiny character who basically just spends half the movie pouting about not being good at shooting guns and the other half yelling about Frank not teaching her to shoot guns.  There’s only been a few but if you want to see a female led western, probably go watch something like The Quick and The Dead.

So not worth watching then?: Not really, The Asylum put in some effort to make it look like a western but overall it’s pretty boring and there’s tons of better movies in the genre.