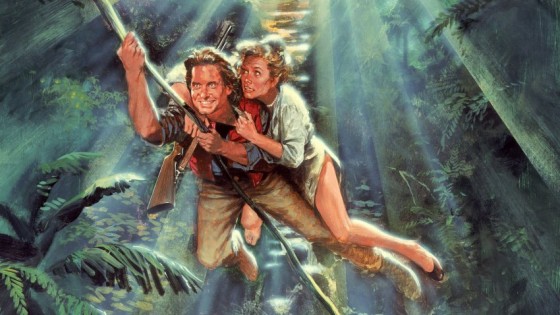 Director Robert Zemeckis is famous for the Back to the Future trilogy and other great movies but in 1984, he had to prove himself with Romancing the Stone, which Fox believed was going to be a massive flop but Zemeckis turned into a fun adventure that was one of the highest grossing movies in an already jam packed year.  Zemeckis teamed with his future BttF composer, Alan Silvestri, for the score, which has the smoothest of smooth jazz and the official soundtrack had a title song from Eddy Grant and songs from Billy Ocean and more.  Check out some of the music below.

When the Going gets Tough, the Tough get Going by Billy Ocean

Romancing the Stone by Eddy Grant

How the West Was Won Theme by Alfred Newman