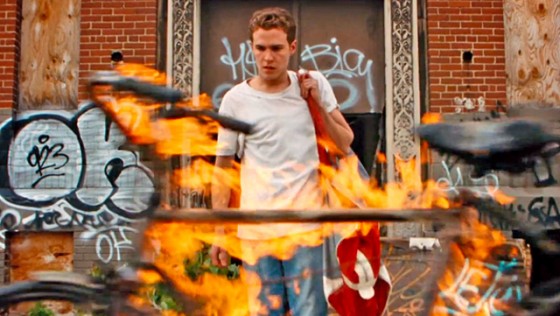 Ryan Gosling is making his directorial debut this year and he seems to have taken some lessons from his recent collaborator, Nicolas Winding Refn, for Lost River.  Starring Christina Hendricks, Saoirse Ronan, Matt Smith, Eva Mendes, Ben Mendelsohn and Iain De Caestecker aka Fitz from Agents of SHIELD, the movie is set in a town that is almost abandoned except for a few remaining townspeople.  Christina Hendricks is a single mom who enters a strange underworld to try and keep her house while Iain De Caestecker is her son who discovers a passage to a flooded city.  Just like a Winding Refn movie, it seems like this will probably have some cool looking visuals but the plot is probably not going to make any sense.  It’s out in limited release in April and you can check out the trailer below.

The Place Beyond the Pines Trailer