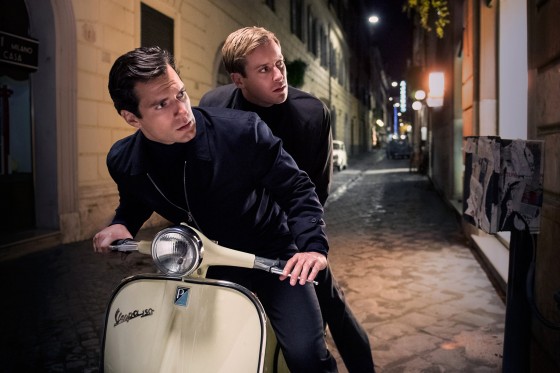 After quite a bit of time in development, with Steven Soderbergh attached back in 2012 with George Clooney and Armie Hammer set to star, Clooney dropped out, then Tom Cruise and now, this summer, we have Henry Cavill and Armie Hammer in a Guy Ritchie directed update of the classic 60’s spy show.  Cavill is Napoleon Solo, the CIA’s best agent and Hammer is Illya Kuryakin, his counterpart in the KGB.  The two have to reluctantly team up when a group of former Nazis may be in possession of a nuclear weapon and pose a greater threat than any Cold War tensions.  Alicia Vikander, Hugh Grant and Jared Harris co-star and the movie looks fantastic, it really feels like it’s set in the 60’s but with Guy Ritchie’s trademark stylish action.  The movie is out in August and you can check out the trailer below.

Review: The Man from UNCLE