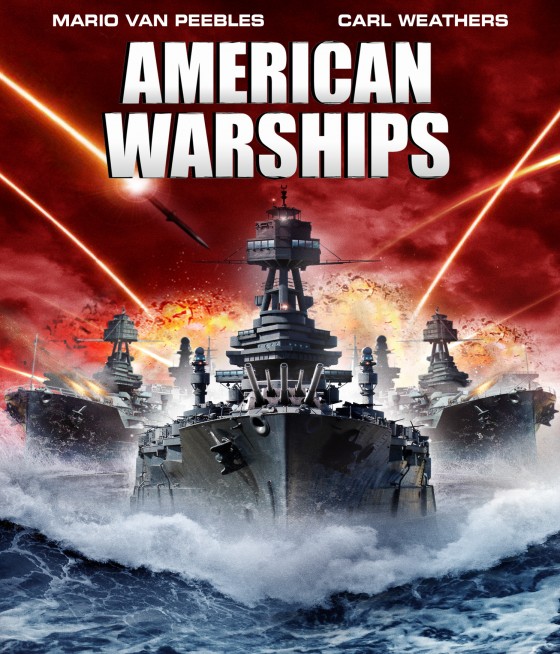 With Battleship coming out, The Asylum tried to get American Battleships out but Universal felt that just crossed the line as far as copyright infringement goes, so it became American Warships instead.

Mario Van Peebles and Carl Weathers?!:  Hell yes, after a few Asylum movies with no recognizable stars we get Apollo Creed and Mario Van Peebles, of Mario Van Peebles fame.  Carl Weathers is the admiral running things from Pentagon (which is clearly a hotel conference room) and conferring with Secretary of Defense about whether they need to nuke North Korea and Van Peebles is Captain Winston, who is bringing the USS Iowa across the Pacific to it’s new home in San Pedro, CA, where it will be turned into a museum.  Also on board is an Admiral who just disappears below decks for pretty much the entire movie, a team of SEALs and Dr Julia Flynn, who has a team on board getting the ship ready for it’s new role as a museum. 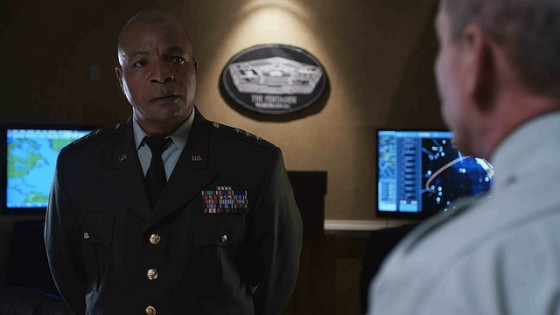 So what exactly is going on?: After the USS Enterprise carrier group is destroyed, the USS Iowa detours to investigate an attack on a Korean island and finds themselves up against a possible stealth sub, which turns out to actually be an alien ship.  The “sub” has some sort of EMP weapon that disables the electronics on the Iowa but luckily, since she’s from WWII, most of the equipment is mechanical and the crew can still navigate and fire guns, thanks to Dr. Flynn, who’s grandfather coincidentally served on the ship in World War II.

Isn’t that exactly what happened at the end of Battleship?:  Yes, but if I recall, I think their reasoning in Battleship was that the aliens could detect radar or something and the battleship they use is undetectable while here it’s the only ship that is able fight back without all the high tech gadgets of today.  Also, Mario Van Peebles says “They aren’t going to sink my Battleship!”, which was severely lacking in the actual Battleship. 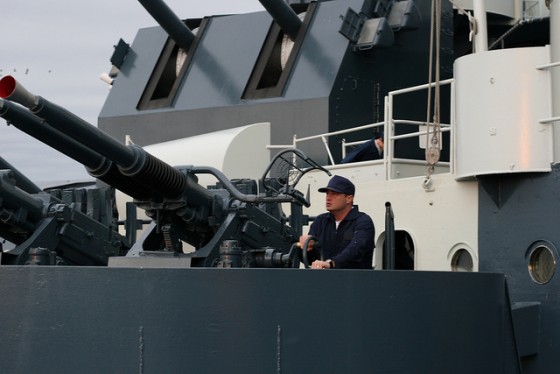 So do we actually get to see the aliens in this movie?: Yes and they are actually pretty unique.  The theory that Lt. Bradley, who is a Naval Intelligence officer and also secretly dating the captain, is that they are trying to instigate a nuclear war to turn the planet into an environment more to their liking i.e. higher radiation.  The look of them is also kind of interesting and much better than usual blobs of CG The Asylum usually uses. 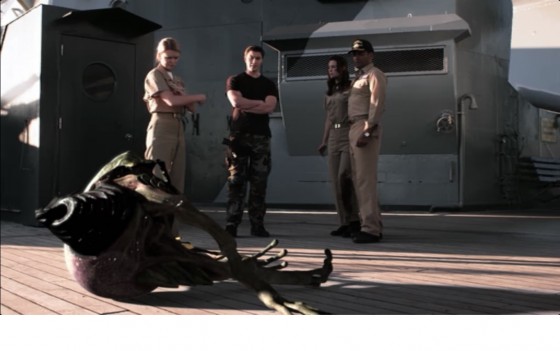 So how do they resolve the situation?:  It’s kind of a two pronged attack where Captain Winston gets the big guns working with the help of Dr. Flynn, who somehow got 16 inch shells smuggled on board, while the SEAL team on board heads to the alien ship to try and disable it.  They manage to take out the alien crew and Captain Winston blows up the ship just in time to stop the Chinese and American bomber flights from completing their runs. 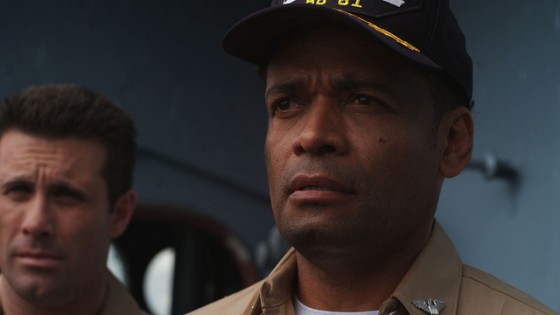 How does it compare to Battleship?:  I think the plot is actually a little better because it’s a bit more realistic (although to be fair, I completely forgot why the aliens are attacking in Battleship, I think maybe they were converting something to energy or something?)  although obviously it can’t compete effects wise with Battleship and there’s no off ship sequences besides the Pentagon/Ramada Inn scenes.  There is tons of the Asylum’s habit of constantly reusing the same CG shots over and over again though.  I’ll also take Mario Van Peebles over Taylor Kitsch any day of the week.

So is it worth watching?: It’s definitely one of the better Asylum movies I’ve seen with Van Peebles being solid as the classic Navy captain and the plot is actually pretty well paced.  If you need tons of special effects, it can’t compete with it’s big screen rival but I think I might actually prefer this one a tad over Battleship.