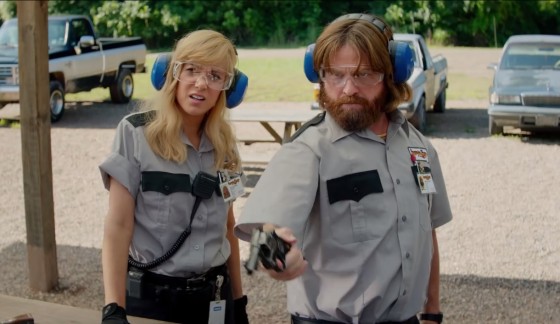 Based on the 1997 Loomis Fargo heist where $17.3 million, Napoleon Dynamite director Jared Hess puts a comedic spin on the heist with Masterminds.  Zach Galifinakis stars as the “brains” of the heist, David Ghantt, who works at an armored car company and comes up with a plan to steal the money of the regional vault with help from his friend Kelly Campbell (Kristen Wiig) and an associate, Steve Chambers (Owen Wilson).  After the heist is pulled, Ghantt flees to Mexico and things escalate to the point Chambers hires a hitman (Jason Sudeikis) to kill Ghantt.  It looks pretty fun and it’s out in August, check out the trailer below.

Blue Steel Yourself for the Zoolander 2 Trailer