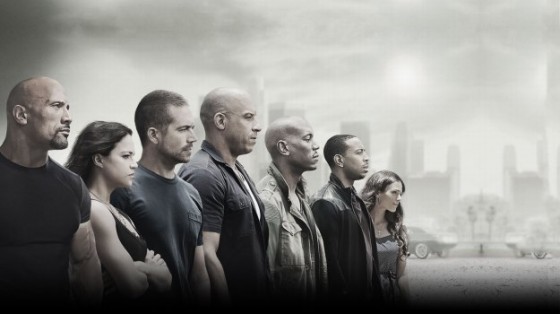 Furious 7 decimated the competition with a historic opening weekend of $143.6 million.  It’s the highest ever opening for April, easily the highest opening for the Fast series and second highest 2D IMAX opening and the ninth all time opening weekend.  It also made over $240 million worldwide and should easily make $1 billion if it can maintain it’s pace.  There’s basically no competition until May, so the sky is probably the limit for Furious 7 but the series is also historically front loaded, so the real key will be the drop off next weekend.

In a distant second was Home, which had a steeper drop off than most recent Dreamworks movies with $27.4 million, down 47% from last week’s #1 weekend.

Get Hard had an even steeper drop, losing 67% from last weekend with another $12.9 million and it’s drop off is similar to Semi-Pro’s performance, which ended up not exactly the crown jewel of Will Ferrell’s catalog.

Cinderella held solid at fourth place with $10.3 million, putting it over $167 million total for it’s four weeks out.

Divergent rounded out the top five with another $10 million.

It Follows added another 437 theaters this weekend and continues to do solid business, making another $2.5 and putting the fantastic indie horror movie over $8 million.

Coming out of nowhere in only 285 theaters was Woman in Gold, starring Ryan Reynolds and Helen Mirren.  The movie took seventh place with $2 million or about $7,700 per theater.