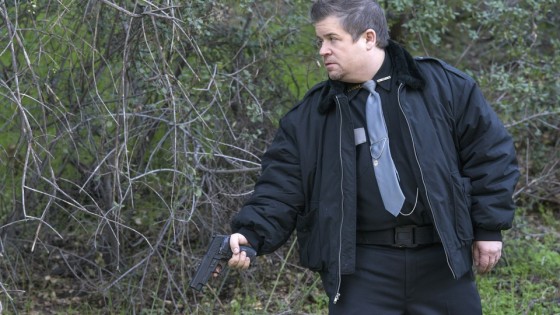 Boyd Crowder knows very well who he is. He’s an outlaw. He’s out to break any rules that society has laid in his way. He’d rather use his wit and the brawn of his cronies to steal, cheat, and kill his way to fortune. And as we approach the very last episode of “Justified”, it’s more clear that Boyd just doesn’t care about his perception or his goal. Only as long as he gets there. If seasons past found Boyd trying to beat everyone the long way, these past few episodes find him plugging in the Game Genie.

For Raylan, hunting and finally killing Boyd means putting his career in jeopardy once again. It was from the onset of this season that Raylan was putting his and Ava’s lives on the line to build the perfect case against Boyd to bring him down. And while going through the means of the law would be satisfactory, you know to Raylan that ultimately killing Boyd would be more gratifying. With Art giving him two days and every law enforcement now on his trail thanks to Vasquez’ fit, the net around Raylan has tightened considerably.

His mission ends up with a visit with old Zachariah. Ava is long gone apparently, but Raylan badgers Zachariah long enough to try and get some info out of him. Instead, Zachariah just paints Raylan as no more good than Boyd. His justification? Each other’s family tree. Boyd falls in line with the other conniving Crowders, but while Raylan constantly tries to shake Arlo’s criminal past, Zachariah is quick to state that the apple doesn’t fall far from the tree. Raylan is having none of it though. A few episodes back it seems like he’s come to terms with his father’s seedy past, and is locked in on finding Ava and taking care of Boyd.

For Markham, he’s only concern is getting back his money. This pursuit ultimately leads him back to Loretta, whom he grills for information about Ava before asking her why he should let her live after everything. Loretta may be young, but she’s continuing to show why she’s one of Harlan’s most stubborn and sly inhabitants. She’s quick to denounce Boyd and instead side with Markham, letting her seal of approval pave the way for his pot operation. He’s listening.

Markham though may have finally gotten Ava, thanks to the apprehension of some of his dirty cops. But for Raylan and Boyd it all boils down to the both of them. They get into a tense semi-shootout in the woods. Boyd rubs Raylan’s good side in his face, and is only proven when Raylan ditches possibly his best shot at Boyd to assist a wounded Constable Bob. Not only does Boyd slip away, but Raylan’s hospital trip with Bob results in him in custody. With only one more episode left, Raylan’s chances and his time are slowly running out.