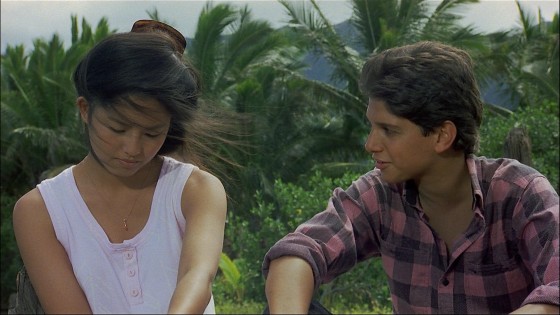 Everything about The Karate Kid, Part II felt slightly lesser than the original and that’s true about it’s theme song as well.  The original had the classic montage song by Joe Esposito, You’re the Best and Karate Kid Part II brought things down a little with the love them by Peter Cetera, Glory of Love.  Originally supposed to appear in Rocky IV, but that movie was already jam packed with songs, it’s supposed to kind of go along with the budding romance between Daniel and Kumiko, whom he meets when he accompanies Mr. Miyagi to Japan, but the music video seems to imply the song could be about the relationship between Mr. Miyagi and Daniel as well.  The song was number one on the Billboard Hot 100 chart for two weeks and the top of the Adult Contemporary for five weeks.  Check out the music video below.