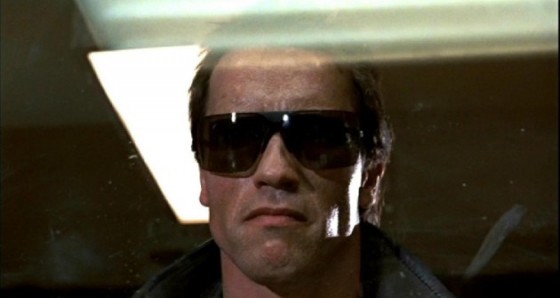 We all love seeing our favorite action heroes taking down the bad guys but it’s fun when the tables turn and they are the villains, whether it’s early in their career or to shake up the status quo later on.  In honor of Cyborg and JCVD’s latest run of villainy, here are our picks for 10 of the best heel turns by action heroes.

Starting out as the leader of the marines sent to investigate a disturbance on a Mars research base, The Rock as Sarge succumbs to the evil the researchers have uncovered and goes insane, leading to a fight between him and Karl Urban’s Reaper, who has gone through the good transformation (There’s this whole insanity with DNA and good vs evil genes that we don’t have time for).  Doom is a terrible movie but The Rock, as usual, is one of the best parts and drops some great lines like “Semper Fi Mother Fucker!” and it’s fun to see him slowly become unhinged.

9. Mel Gibson as Conrad Stonebanks in The Expendables 3

As part of his attempt to come back from years of saying horrible shit and being generally terrible, Mel Gibson seemingly embraced his real life villainy to play cartoon villains in both Machete Kills and Expendables 3, where he played former Expendable, Conrad Stonebanks.  Apparently left for dead during a failed early mission, Stonebanks is found to be quite alive and now a powerful arms dealer and it’s up to Barney Ross and his team to stop him.  Barney baffingly tries to go after Stonebanks with a group of untested young operatives and that fails spectacularly against Stonebanks uncanny strategic skills and eventually the old and young teams need to join forces to stop Stonebanks and his private army.

8. Steven Seagal as Torrez in Machete

Steven Seagal seems to have zero sense of humor but, for some reason, he was willing to go along with the insanity of Machete playing a samurai Mexican drug kingpin, Torrez, who uses a katana against Machete’s trademark blades.  It’s hard to tell if Seagal’s accent is supposed to be intentionally bad or not but either way, it’s hilarious and a rare chance to see Seagal both be a villain and get killed in over the top fashion.

7. Jet Li as Gabriel Yulaw in The One

Traveling across the multiverse to kill every version of himself in order to become a sort of evil Neo is Gabriel Yulaw, who requires both Jason Statham and a good Jet Li to stop him.  Because of his killing rampage, Yulaw has increased powers and is seemingly able to slow down time and defy physics.  Statham and Jet Li faced off and teamed up multiple times since The One but this is the only one where Jet Li is gleefully evil and seemingly unstoppable.

6. Dolph Lundgren as Andrew Scott in the Universal Soldier series

Probably the longest run of any of the villainous characters on this list, Dolph Lundgren’s Andrew Scott was the main antagonist of the first Universal Soldier movie, regaining his memories of fighting and dying in Vietnam but, unlike JCVD’s Luc Devereux, those memories drove him insane.  Somehow, even after being fed into a wood chipper, Scott or a clone of Scott returned in both Universal Soldier: Regeneration, where he took a shotgun to the forehead, and Universal Soldier: Day of Reckoning where he was “freeing” other Universal Soldiers minds and getting them to join the now Col. Kurtzesque Devereux’s army.  Lundgren started out as a villain playing Ivan Drago but it was fun to see him return to that after his run of 80’s and 90’s action movies and Drago never collected people’s ears and wore them like a necklace, so evil advantage to Scott.

For all the ridiculous action and crazy plots, the one thing the Fast & Furious series was lacking was a great villain but they finally got one worthy of the series as Jason Statham played Deckard Shaw, the older brother of Furious 6 villain Owen Shaw (Luke Evans).  Out for revenge, Deckard keeps harassing the Furious crew everywhere they go and his fights with Hobbs (The Rock) and Dom (Vin Diesel) are excellent.  It’s tons of fun seeing the usual Statham cool focused for evil and *spoilers* he could return if the series continues.

Needing to set the tone for the new Batman trilogy, it’s hard to beat Liam Neeson as your main villain, even if he isn’t exactly what fans might have been expecting from the character’s big screen debut.  Originally appearing as Ra’s’ assistant, Ducard, Neeson reveals himself as the mastermind when he crashes a party at Wayne Manor and almost kills Bruce by burning the mansion to ground and he also instantly knows that Bruce is Batman, allowing him to strike directly at him.  He probably could have called Bruce “Detective” at least once but it was a great villainous role that set the stage for the rest of the trilogy, especially The Dark Knight Rises.

The reason Expendables 2 is far and away the best entry in the series is probably due to how much fun Van Damme is as the villain, whose name is literally Villain.  From his intro where he gives a speech about respect and then kicks, not stabs, a knife into Liam Hemsworth, JCVD is a great mustache twirling antagonist to the Expendables team and we get an action super fight in the form of JCVD vs Stallone to cap things off.  After Expendables 2, JCVD went on a run of great villain roles in movies like Enemies Closer and Universal Soldier: Day of Reckoning.

Simon Phoenix is such a fantastic, hilarious villain who just runs rampant over the docile police force of San Angeles in the year 2032 with his superior fighting skills as well as some skills that were implanted during his time in cryo-prison.  The police are forced to unthaw John Spartan to take down Phoenix, as he’s the only man who could in the 90’s.  There’s almost a Joker like quality to Phoenix, as he does everything with a psychotic glee.  Fun fact, Snipes had to slow down his fighting style because he was going too fast for the cameras to pick up his actions.

1. Arnold Schwarzenegger as the T-800 in The Terminator

The villain turn by which almost all villain turns are judged, Arnold’s career making turn as the relentless T-800 is easily the best villainous turn by an action hero and one of the few to turn face in later films.  Unable to be reasoned with or seemingly stopped, the T-800 kills it’s way across Los Angeles to find and kill Sarah Connor before she can give birth the future leader of humanity, John.  It’s horrifying to see Arnold emotionlessly kill other women named Sarah Connor or destroy an entire police precinct and that’s what makes the first Terminator so great and intense.

Top 10 Most Bad Ass Movie Moments from The Rock